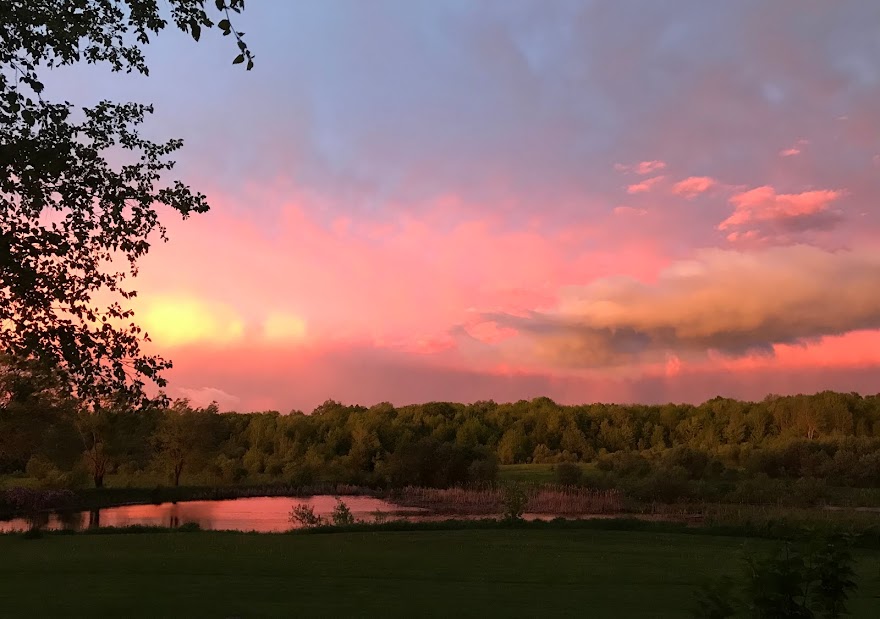 
...After 4 years of what seemed like endless English Paper Piecing the diamonds, traveling with this project for literally thousands of miles - as far away as our trips to Alaska...in the car; in the rv; at retreats; guild meetings; stitching with friends; doctor's waiting room; by the fire.... 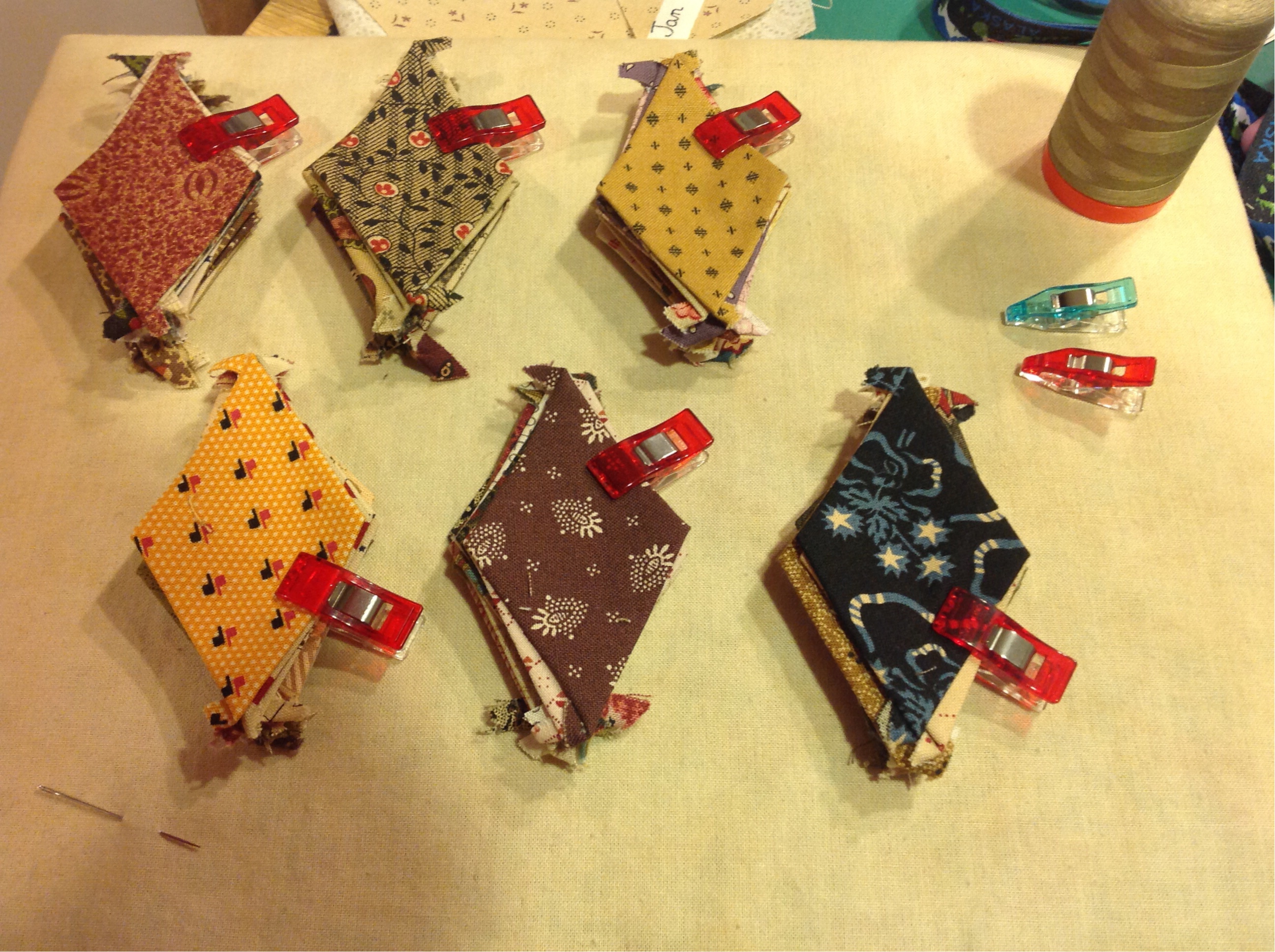 And joining everything together was like rubbing your head and patting your tummy at the same time... 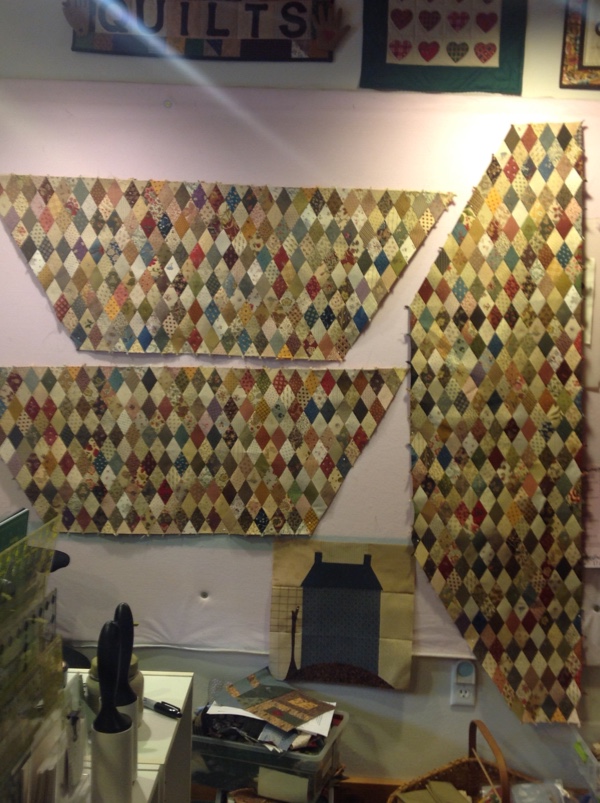 And then turning it over to my nearby long arm quilter to add her finishing touches... 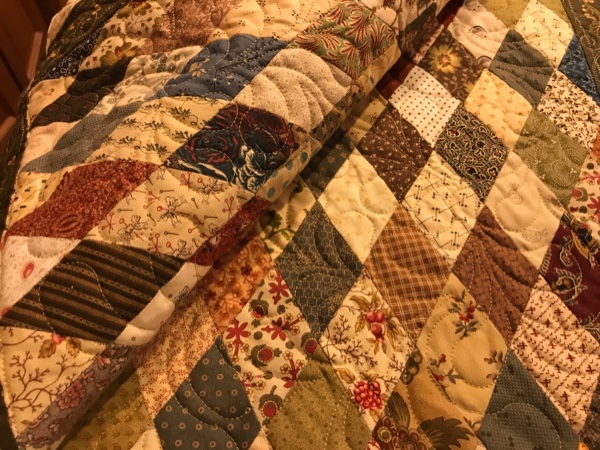 And the next to the last step of adding binding... 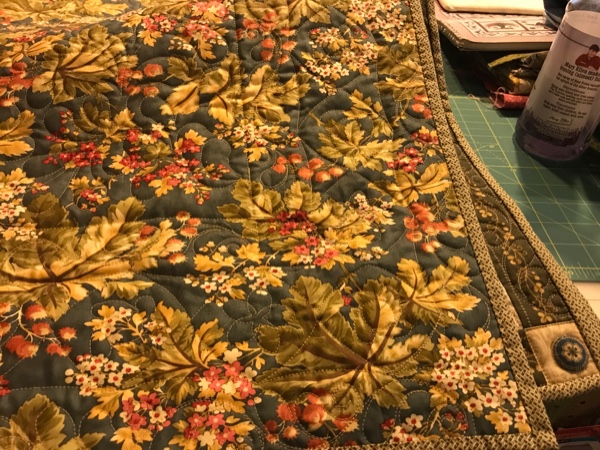 And adding the label... 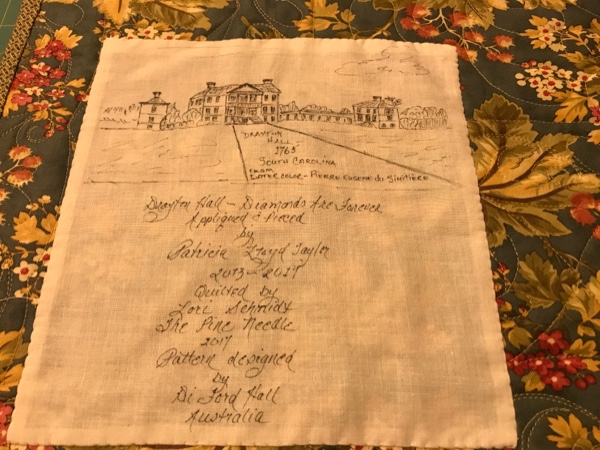 (Think I will make a new one though)
Dancin' on the ceiling...oh boy, what a feeling! 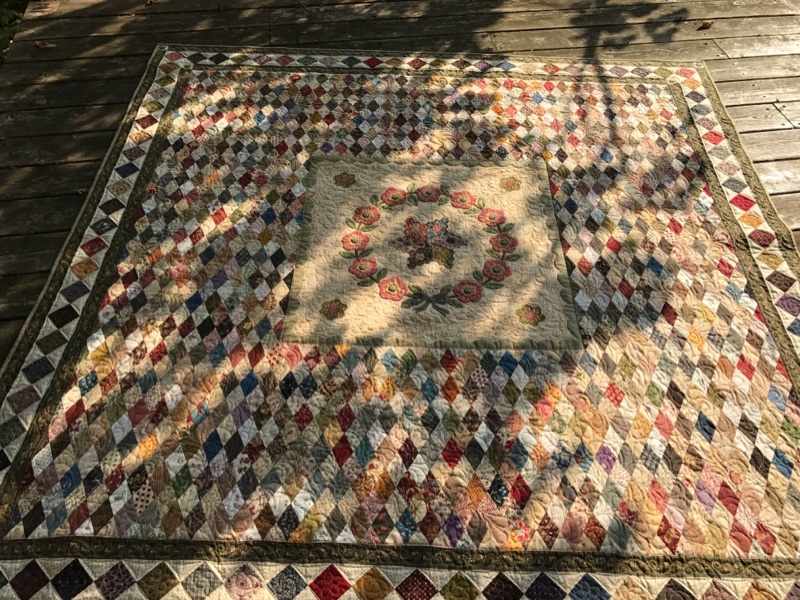 And because I have not joined in awhile, doing Lori's QAL over at Humble Quilts ..... 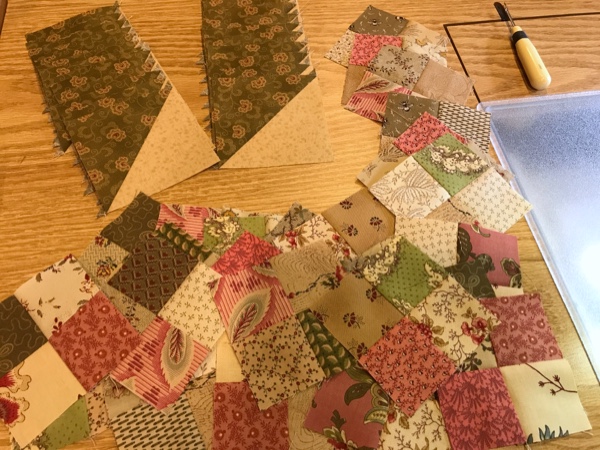 Feels good to be returning to the sewing room more frequently and tackling some UFO's with a dash of something new.
Happy stitching everyone!
Pat
Posted by Pat at 1:20 PM 10 comments:

.....Eternal Father, strong to save,
Whose arm hath bound the restless wave,
Who bidd'st the mighty ocean deep,
It's own appointed limits keep.

Oh hear us when we cry to Thee,
For those in peril in the sea.

Hearing this familiar hymn is always so poignant. Moreso on Wednesday, September 13, 2017 as we said a final farewell to my Mom and Dad at Arlington National Cemetery.

Unknowingly, our long time, dearest family friend, a Navy Band widow herself, had arranged to have the U S Ceremonial Band present for the funeral. She knew exactly who to contact. (This is an honor normally reserved for highest ranking officers. But she has kept close ties since 1960 when her husband, along with 18 other U S Navy Band members, were lost in an air plane crash while on tour with President Eisenhower in Brazil. Dad had retired from the Band months before this tragedy and of course he and Mom knew everyone who perished - the loss was beyond words. The men are buried at Arlington also - I still remember attending that huge funeral even though it was 57 years ago)

Following words of comfort from the Navy Chaplain, Taps was performed by the bugler and the American flag was then carefully and precisely folded by the 8 member Navy Ceremonial Honor Guard and presented to me with the spoken words...

"On behalf of the President of the United States, United States Navy and a grateful nation, please accept this flag as a symbol of our appreciation for your loved one's honorable and faithful service"

(Historical note: A properly proportioned flag will fold 13 times on the triangles, representing the 13 original colonies. The folded flag is emblematic of the tri-cornered hat worn by the Patriots of the American Revolution. When folded, no red or white stripe is to be evident, leaving only the blue field with stars.)

The bugler was a young man we know - he and our son swam on the same swim team throughout their school years. He is also from Wisconsin and is a member of the U S Navy Band...Dad played Taps for countless funerals at Arlington during his own career and it was so meaningful to have someone we know play Taps for him. 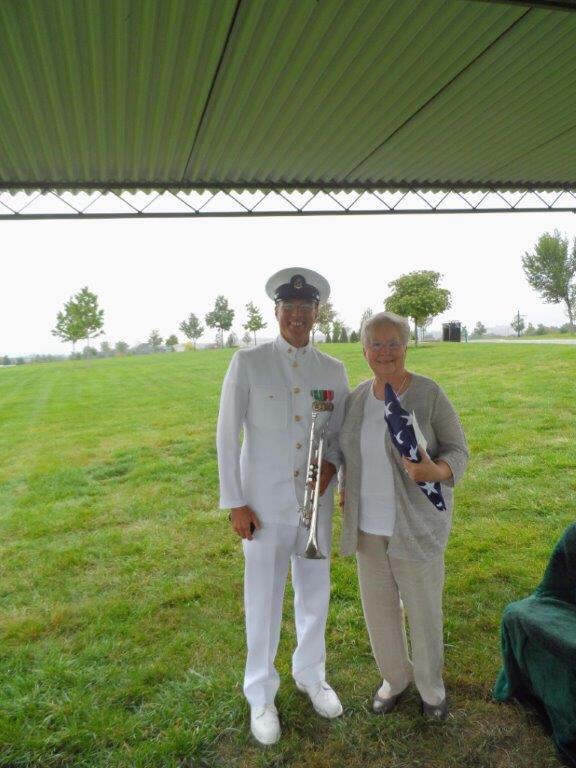 The entire staff at ANC has been wonderful to work with - they are all a special group of people.

And so we have kept our promise to Dad and Mom and they now rest in "these hallowed grounds" with over 400,000 men and women who have served our country. 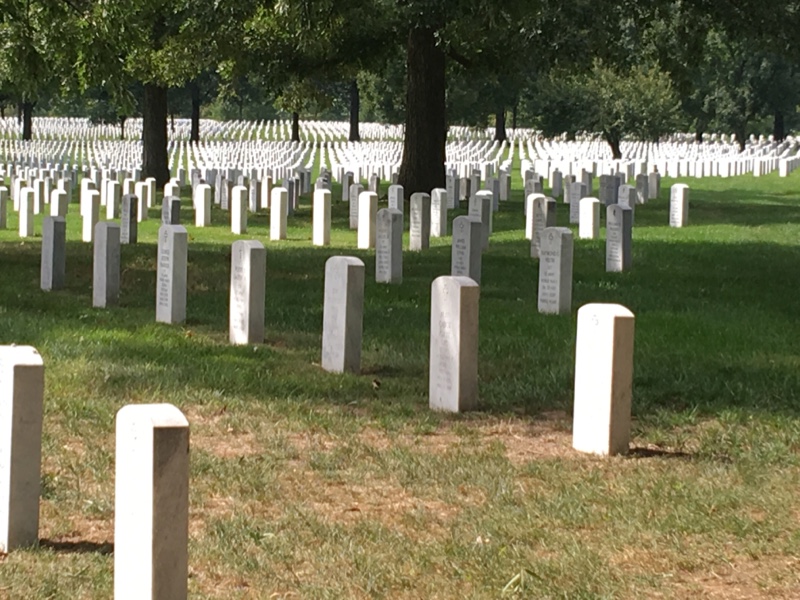 Rest in peace, Mom and Dad - together forever...

“It’s the art of stitching together little pieces of yourself -
your heart, soul, talent, vision -
using threads of love...”
Unknown

The Wind In The Willows

“Come along inside. We’ll see if tea and buns can make the world a better place.” Kenneth Graham

What a wonderful thought it is to know that some of the best days of our lives haven’t even happen yet...

So happy you are here... 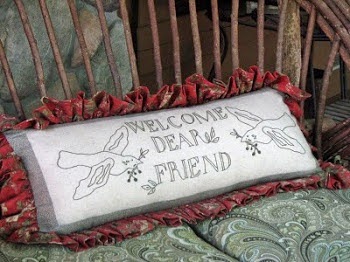 "I, myself, am entirely made of flaws,
Stitched together with good intentions."